Apple and Google have held back an update to the UK’s Covid-19 contact investigation app. The app from the British NHS wants to collect location data from users and that goes against the terms of use of Google and Apple. 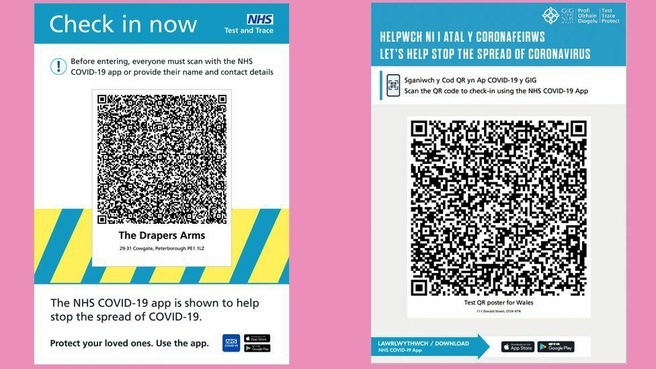 It is the counterpart of the Dutch CoronaMelder app in England and Wales, which is used to report when someone has been in contact with a positive person. The new update had to ask users to upload logs of check-ins at events, if they tested positive for the corona virus afterwards. Those check-ins were collected using posters with barcodes that would hang at events.

But by collecting those logs, the UK National Health Service would basically collect location data from users of the app, which is strictly prohibited under Google’s and Apple’s terms of use. Like CoronaMelder, the app is built on the framework that the two companies developed for contact research apps, with the premise to collect as little traceable data as possible from users.

Google and Apple blocked the app’s update last week and are now keeping the previous version of the app live instead. In the British Test & Protect app, it was already possible for some time to scan QR codes when entering a store, restaurant or other building in order to log that they have been somewhere. But that data was not accessible to others and could only be used to find hotspots. With the update, that log data would therefore be shared with the NHS.