Mercedes unveils electric sedan EQS with a range of 770 kilometers

Mercedes has unveiled the EQS, the carmaker’s provisional all-electric top model. The sedan is the first Mercedes model to be developed on an electric platform and does not use a converted petrol platform. 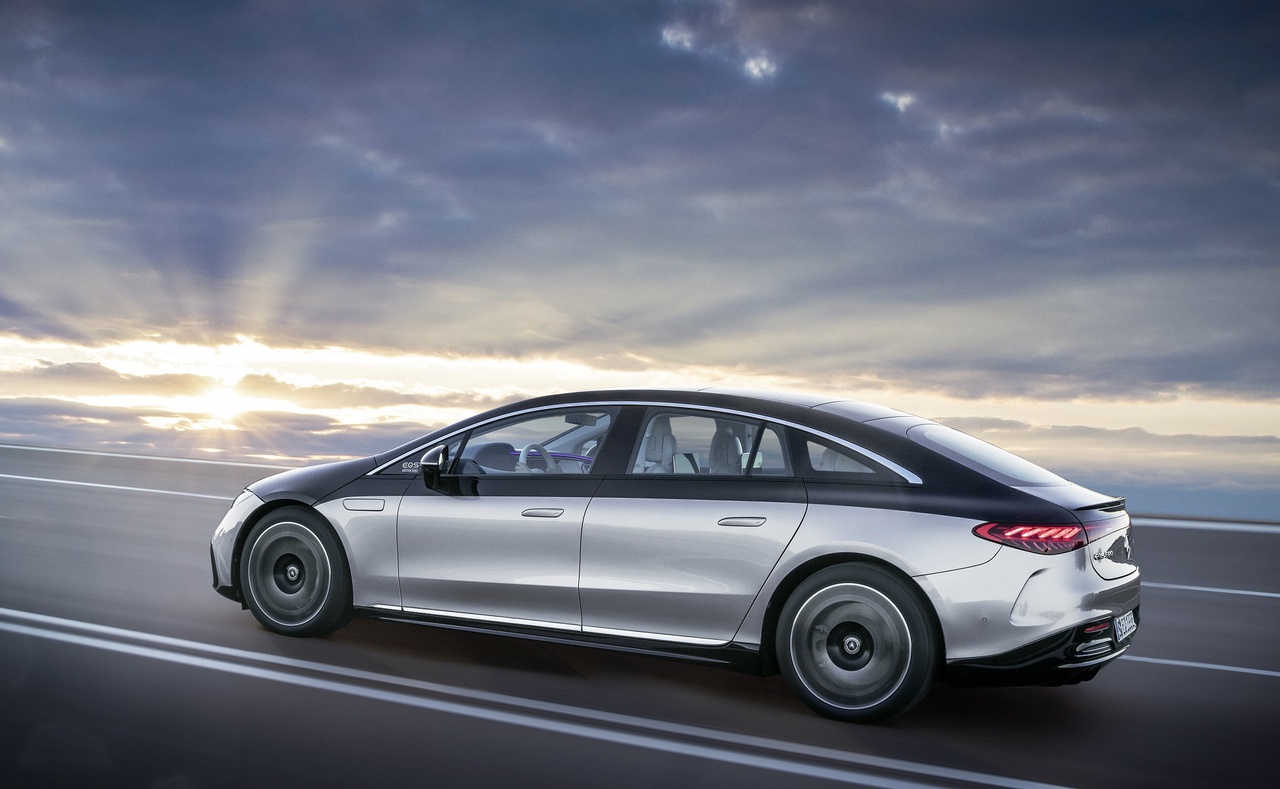 The EQS first comes in two variants, both of which have a battery with a net capacity of 107.8kWh. The 450+ has a single electric motor on the rear axle, the 580 4Matic has a second motor on the front axle. The 450+ model will probably get that WLTP range of 770 kilometers, as it is lighter than the four-wheel drive model due to the single electric motor. Mercedes does not yet report what the range of the 580 4Matic will be.

The electric car can fast charge with a maximum of 200 kW, which is relatively high for a 400 V battery system. This means that the car should be able to recharge up to 300 kilometers range in 15 minutes, or up to 280 kilometers with the 580 4Matic model. Charging from 10 to 80 percent takes 31 minutes with 200 kW DC power. With AC power, the EQS can charge up to 22kW, provided the user chooses the optional, more powerful on-board charger. By default, the EQS can handle 11kW AC charging. Fully charging from ten percent takes 10 hours with the 11kW charger, and 5 hours with the 22kW charger.

It may interest you :  Does online trading push you to bet with savings without knowing the risks?

The EQS supports bidirectional charging, which allows the car to power other devices or return energy to the grid. This bidirectional charging is only available in Japan, Mercedes does not give a reason for this. The EQS software supports multiple charging programs such as battery-saving charging. Mercedes also says about the battery of the EQS to have reduced the cobalt content of the cathodes to ten percent.

Mercedes previously showed the interior of the EQS. Optionally, the EQS gets the MBUX Hyperscreen, a dashboard screen consisting of three panels with a total size of 56 “or more than 142 centimeters. With this system the passenger gets his or her own 12.3” OLED screen with which he or she can operate the car and provide entertainment. can view. Mercedes dims this screen when the cameras see that the driver is looking at it, for safety reasons. The MBUX Hyperscreen gets more security systems, such as a micro sleep warning. A camera on the driver display analyzes the blinking of the driver’s eyes and alerts the driver if he or she is starting to fall asleep.

The navigation system can plan routes along charging stops if the range is insufficient, even while driving. If the range becomes too small to reach a destination due to traffic jams or driving behavior, for example, the navigation system can adjust the route to be able to load on the way. The MBUX infotainment system also shows whether the driver can drive back to the starting point of the journey with the available battery capacity. MBUX also calculates the estimated charging costs per charging stop. With paddles behind the wheel, the driver can choose between three levels of recovery. In the highest recovery mode, up to 290kW of power can be recovered and the car can brake to a standstill without using the brake pedal.

It may interest you :  Twitter fixes the bug of its Fleets which let appear messages normally missing

The EQS is the first Mercedes car to be equipped with new functions via ota updates. Mercedes is also working on the online purchase of subscriptions, temporary activations and free function tests. An example of a function that can be ordered later is the improvement of the rear axle steering. After payment, the rear wheels can turn with a larger steering angle of 10 degrees. This ensures a smaller turning circle of 10.9 meters. As standard this steering angle is 4.5 degrees and the EQS has a turning circle of 11.9 meters. 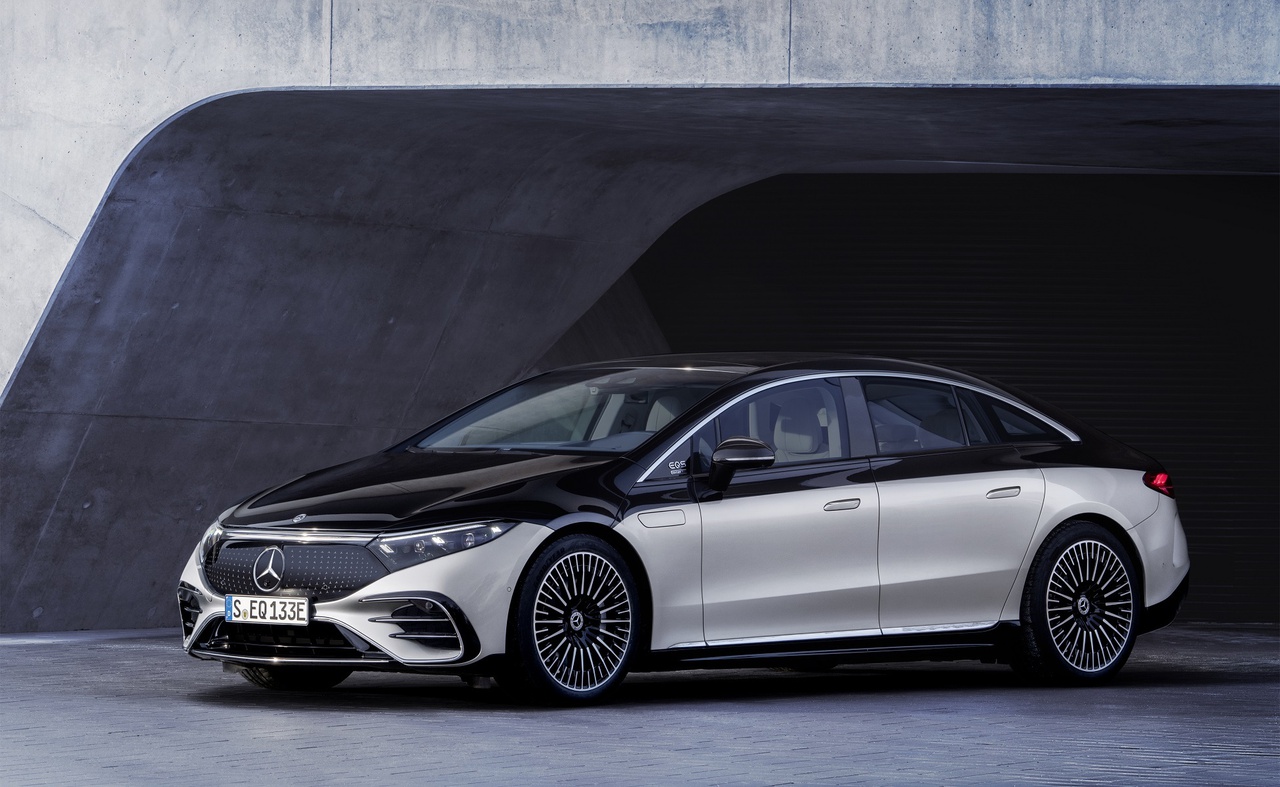 Furthermore, the EQS has a HEPA cabin filter, up to 350 sensors, air suspension, LED headlights with 1.3 million micro mirrors, a parking assistant and a ‘highly automated’ driving function. This optional Drive Pilot driving function means that drivers can drive “highly automated” up to 60 km / h “in high traffic density or in traffic jams on suitable highway sections”. Mercedes claims that this driving feature allows drivers to surf the Internet or handle emails. For the time being, this function is only available in Germany due to legislation.

The Mercedes EQS is 5.216 meters long, 1.926 meters wide and 1.512 meters high. The front track is 1,667 meters, rear it is 1,682 meters. Depending on the version, the empty weight is 2480 kg to 2585 kg. The EQS has no luggage space at the front of the car. There is room for 610 liters in the back, with the rear seat folded down this becomes 1770 liters. The C w value of the EQS is at least 0.20, Mercedes claims this is a record for a production car. That low C w value is only available for the 450 + model and 19 “AMG wheels available from the end of 2021. According to AutoWeek appears EQS this summer on the market, prices, Mercedes announced later.

It may interest you :  5G Network can disrupt the weather forecast
Share
Epic Games raises $ 1 billion in investment round Previous post
Mozilla removes ftp feature from Firefox 90 Next post