In October last year, Microsoft signed a cloud computing contract with the Pentagon for the Joint Enterprise Defense Infrastructure (JEDI) of the Department of Defense. The contract is worth up to 10 billion U.S. dollars and lasts for 10 years. 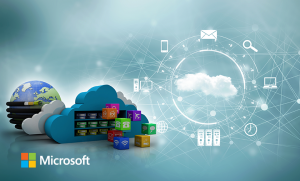 The strategy shows that Microsoft hopes to expand its cloud infrastructure business by meeting the needs of overseas public sectors, while maintaining close cooperation with the Trump administration.

People familiar with the matter said that Microsoft plans to announce the work later this year, and said intelligence agencies and military forces outside the United States may use its cloud services. Another person familiar with the work said that although Microsoft has not announced a new strategy, the company has already signed cloud contracts with foreign governments. It is not clear which countries Microsoft is most concerned about.

Microsoft declined to comment directly on the matter, but pointed out that it has a history of cooperation with other governments.

In November last year, Amazon filed a lawsuit against the US government’s award of the JEDI contract to Microsoft. In February of this year, Judge Patricia Campbell-Smith issued a temporary restraining order to prevent the advancement of the contract, and in April approved the Pentagon to reassess its evaluation of Microsoft and Amazon’s bids for the JEDI contract. The Pentagon is expected to complete its review on September 16.

It may interest you :  What is RAID Technology (Data Storage Virtualization) ?

According to industry research firm IDC, Amazon’s cloud service AWS accounted for 47% of the cloud infrastructure market in 2019, while Microsoft’s Azure cloud business had a 13% share.

Compared with the past, international customers are more important to Microsoft. In the 2020 fiscal year ending in June, 51% of Microsoft’s revenue came from customers located in the United States, which was a significant drop from 71% in fiscal 2002. Microsoft has won Azure cloud business contracts from a number of federal organizations outside the United States, including the New Zealand Fire Agency, the French Space Agency, and the Canadian Mortgage and Housing Corporation.