Mars helicopter Ingenuity has successfully completed its first test flight. The small helicopter rose to a height of three meters as planned and hovered for 40 seconds. NASA will conduct tests with Ingenuity for a month. Ingenuity took a black and white photo during its test flight . It shows the shadow of the helicopter as it hovers over the Martian surface. The camera is a navigation aid; Using a stored database of the planet’s surface and image recognition, Ingenuity can navigate.

Mars rover Perseverance, who brought Ingenuity to the red planet, captured images of the helicopter’s test flight. Space agency NASA shares a gif of this on Twitter . The high-resolution images have not yet been received; they will arrive in the coming days.

Taking off a helicopter on Mars is much more complicated than on Earth because of the thin air. The air pressure is about one percent of the air pressure on Earth. That is why Ingenuity is equipped with double rotors that spin at 2400rpm. With helicopters on Earth that is about 500rpm. Ingenuity weighs 1.8 kg and has a wingspan of 120 centimeters. The helicopter runs on solar energy and a single battery charge is good for about ninety seconds of flying. Charging takes four to five days. 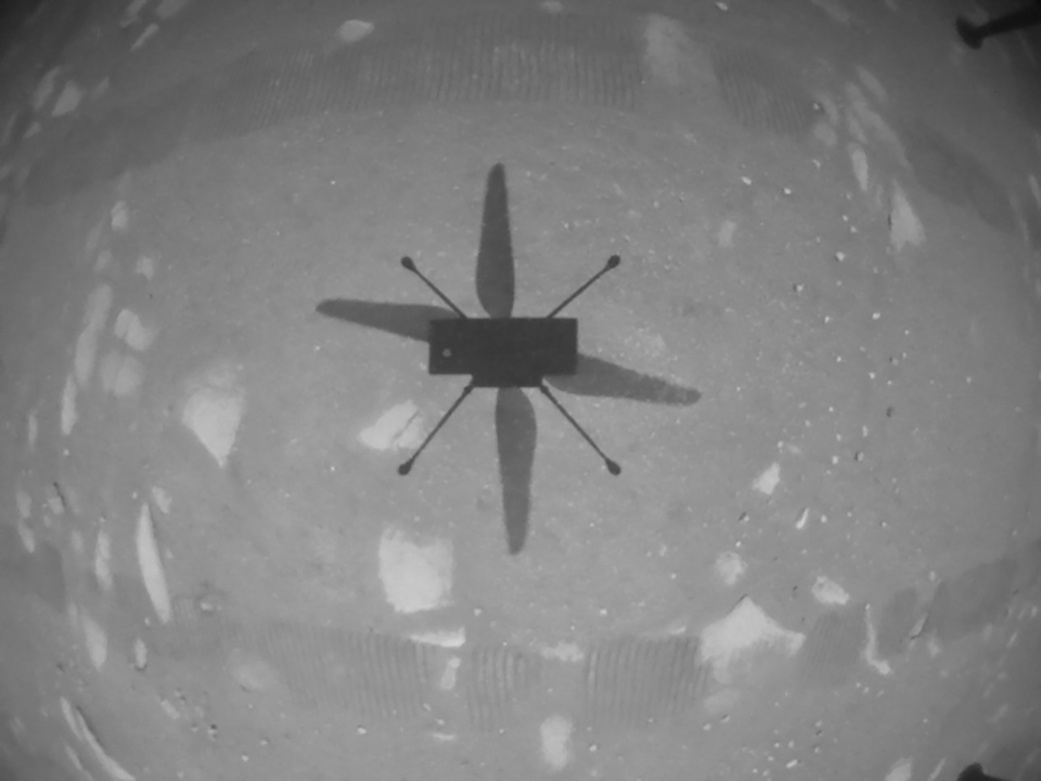 During a month, various test flights are first carried out with Ingenuity. The distance traveled and the altitude will continue to increase. If all goes well, the helicopter will eventually have to make a flight of three hundred meters with a maximum height of five meters.

Ingenuity was shipped with the Mars 2020 mission as an experiment. The goal is to see if it is possible to fly on Mars. Experience gained can be used for later missions. The small helicopter is not part of the mission and has no investigative tasks.

It may interest you :  Mega performance: This is now the fastest Android smartphone in the world
Share
Microsoft is blocking anti-tracking method FLoC in Edge for now Previous post
Facebook wants to 'normalize' news about data leaks in the press via scraping Next post