SpaceX successfully launched four astronauts on Friday in the previously used Endeavor capsule, with a repurposed Falcon 9 rocket part. This is SpaceX’s third manned mission in a year. 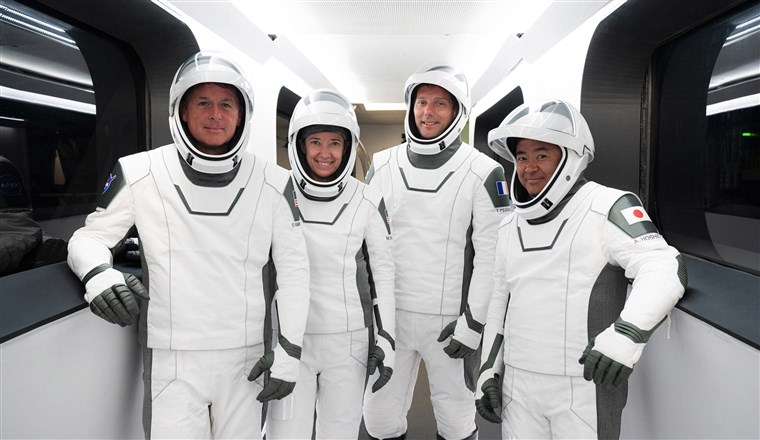 The Crew-2 mission had a successful launch from Cape Canaveral in Florida on Friday. On board the Dragon capsule are two American NASA astronauts, one from the Japanese space agency JAXA and the Frenchman Thomas Pesquet from ESA. The four make a twenty-four hour journey to the International Space Station.

SpaceX uses the same Endeavor capsule as on its first manned space flight , a demo flight in March last year. Then two NASA astronauts were on board. One of them, Bob Behnken, is the husband of one of the astronauts of the current Crew-2 mission, Megan McArthur. The first stage of the now used Falcon 9 was also used last year, on the Crew-1 mission.

In the Crew-1 mission, the Dragon Resilience capsule transported four astronauts to the ISS in November last year. The launch of Crew-2 should have taken place on Thursday, but wind and high waves on the Atlantic Ocean made SpaceX choose a postponement to Friday. The capsule would land in the ocean during launch problems.

Crew Dragon’s docking at the ISS must take place on Saturday. If successful, the astronauts will stay in the space station for six months.