The British Competition and Markets Authority has launched a follow-up investigation into Amazon and Google, with the central question being whether the two companies are taking enough action to combat fake reviews on their platforms. 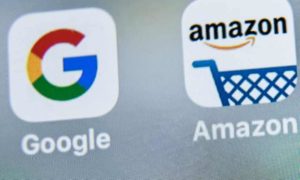 The CMA ‘s investigation is a continuation of an earlier investigation into fake reviews . This first study was started more than a year ago and focused on ‘a number of large online stores’. The goal then was to see how they detect and remove fake reviews. The new research focuses specifically on Amazon and Google because the previous research raised three specific “concerns” with these two platforms.

In addition, there is a fourth point that focuses only on Amazon. The CMA is concerned that Amazon’s systems are not doing enough to prevent manipulated product listings. The authority cites as an example that some sellers would use positive reviews of other products for these product listings.

It may interest you :  The Libra cryptocurrency by Facebook is rebranded, it is now Diem

The CMA says the research is important because “millions” of consumers could be misled by fake and erroneous reviews. “It’s also unfair if some companies can pretend they get five-star customer reviews and get a lot of attention, while companies that follow the law lose this attention,” the regulator said.

Should the CMA conclude after the investigation that the two companies have violated consumer protection laws, the regulator can take action. For example, the authority could establish formal commitments with the two companies to ensure they handle fake reviews differently. If necessary, the supervisor could also go to court. However, the CMA emphasizes that it has not been determined at this time whether the two companies are actually breaking the law.

Amazon told the BBC that the company is using “significant resources” to fight fake and “incentivized” reviews. According to The Guardian, Amazon removed 200 million suspected fake reviews last year before they were seen by customers. At the same time, the company calls the battle against ‘fake review companies’ difficult to win. As far as is known, Google has not yet responded to the new CMA investigation.