A YouTube user named 8-Bit Show And Tell has used his Commodore 64 to mine Bitcoin. The modder uses the open-source C64 Bitcoin Miner software for this, published by GitHub user YTM / Elysium. 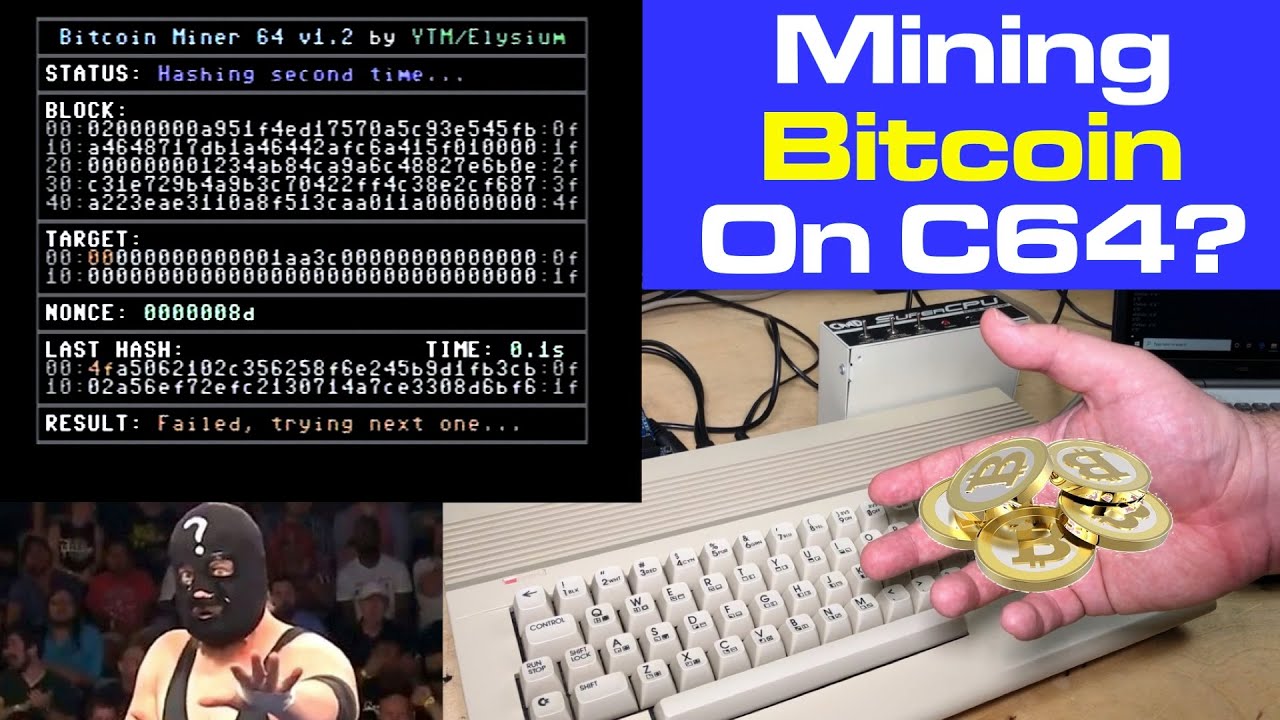 YTM / Elysium recently published the C64 Bitcoin Miner on GitHub . The user there also released a modified version of the ntgbtminer that works on the Commodore 64, which is based on Stacksmashing ‘s Game Boy build . This allows users to try to solve actual Bitcoin blocks on their Commodore 64. The software was tested this week by YouTube user 8-Bit Show And Tell, in which he discusses, among other things, the console’s performance from 1982.

The Commodore 64 has a MOS Technology 6510 processor, which runs at a clock speed of approximately 1.02MHz. The console also has 64KB of RAM and a 20KB-ROM. This hardware is good for a hashrate of approximately 0.3 hashes per second. To illustrate: current ASICs , which are specifically designed for Bitcoin mining, achieve 100 terahashes per second. Even the Nintendo Game Boy achieves a hashrate of 0.8 h / s.

However, YouTube user 8-Bit Show And Tell reports that the code for C64 Bitcoin Miner is written in C. The Commodore 64 could perform up to ten times better if the mining software were written in native machine language for the C64. The Commodore 64 can also be upgraded with a SuperCPU accelerator, which runs at a clock speed of 20MHz. This add-in is said to increase mining performance up to twenty times.