The European Commission has officially accused Apple of displaying anti-competitive behavior in the App Store. This specifically concerns music streaming services that are forced to use Apple’s in-app payment system. 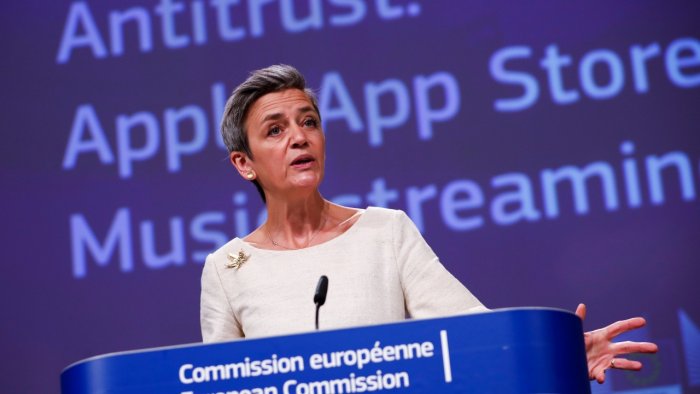 The accusation of the European Commission revolves around two rules that Apple has implemented within the App Store. The first controversial rule is that streaming services are required to use Apple’s in-app payment system if developers want to sell something within an app. When the music streaming developers sell something through Apple’s payment system, they have to hand over thirty percent of that turnover to Apple. Research by the Commission would show that app makers increase their prices to consumers because of that extra commission.

The second controversial issue revolves around provisions that prevent developers from informing customers that customers can purchase subscriptions and other items outside of the app. In the example of a music streaming service, Apple app makers are not allowed to say that they can also take out a subscription via a website, for example, and thus circumvent Apple’s payment system.

Because of these provisions, customers would not know that they can purchase cheaper subscriptions outside the app, where app makers do not have to pay that 30 percent to Apple and therefore do not have to charge higher prices. The Commission says it is concerned that consumers will have to pay ‘significantly’ higher prices for a music streaming service, or that they will not be able to take out certain subscriptions directly in an app.

It may interest you :  Mega performance: This is now the fastest Android smartphone in the world

In addition, Apple’s devices and software form a ‘closed ecosystem’, the Commission writes. Apple has a major influence on the user experience of users and are Apple customers ‘very loyal’ to the company. These users will not easily switch to other platforms, says the EC. At the same time, iPhone and iPad users can only download apps from the App Store. In order to provide these customers with apps, app makers must therefore adhere to Apple’s ‘mandatory and non-negotiable’ rules, the Commission says.

The Commission started the investigation after a complaint from Spotify in 2019. Spotify founder Daniel Ek said at the time that he wanted the same treatment as, for example, Uber and Deliveroo, which do not have to pay thirty percent to Apple. Ek argues that the current App Store rules ‘limit choice and kill innovation’. Apple said again that Spotify “wanted to have the benefits of a free app, without being a free app.”

The accusation of the European Commission does not yet have any direct consequences, but it is the next step in an investigation into possible violations of European competition law. Apple will now have the opportunity to respond to the allegation and request an oral hearing with the Commission and national competition watchdogs.